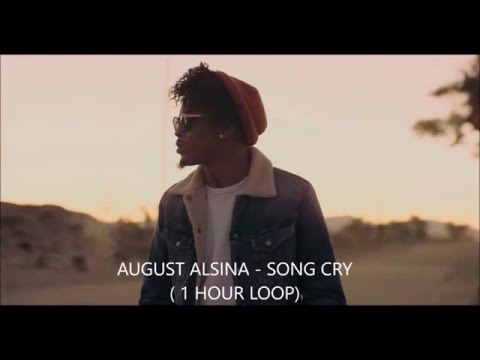 In “Song Cry,” August Alsina reflects on the pains that fame can’t fix—including the death of his brother. It contains echoes of Jay Z’s 2003 song of the same name, as well the 2004 Lyfe Jennings song “Cry”. Lyfe Jennings has always been one of August’s inspirations; covers of Lyfe Jennings that August uploaded when he was just 14 years old can still be seen on August’s youtube page.

He also says he doesn’t even speak with his mother anymore, that fame can’t fix his pain, and that his family has become divided.

“Song Cry” has little in common with the New Orleans crooner’s last single, “Why I Do It”. With lots of weeping guitar, “Song Cry” is better suited for listening while you’re walking home in the rain.

On December 11th, 2015 the official music video was released, directed by Payne Lindsey shows August stranded in the desert when his motorcycle runs out of gas. He sits on the bed in his motel room as rose petals fall to the floor and a ballerina dances outside in the rain and then August wakes up in a bed of roses and sings in front of a burning casket, while tears of blood stream down his face.