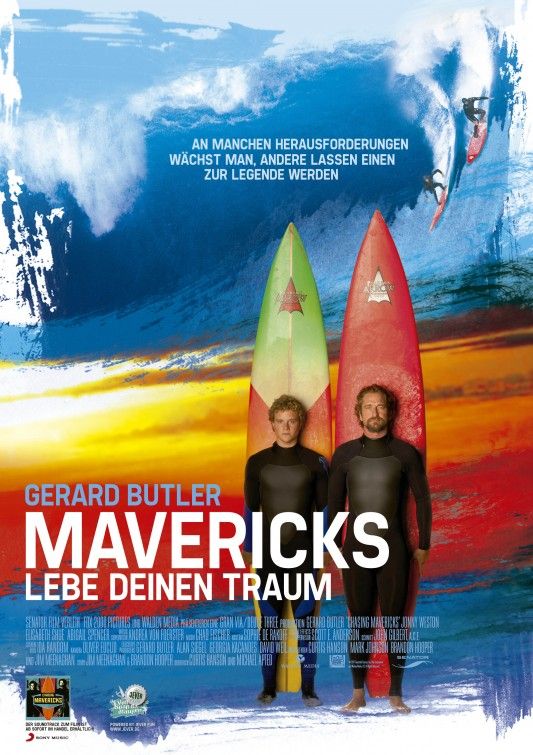 It's a real life story of a teenage boy chasing his dream.That dream is about riding the biggest wave known as Mavericks.The story itself has great depth with exploration of emotions and how to deal with them starting from love, fear and loss....all of them are portrayed simple but deep enough to get the attention of the viewers.Surfing itself is represented really good, from training, psyche and joy perspective...all pieces fit together really nice making it a good Family-Drama movie to watch at any time.

The final film directed by Curtis Hanson (before his death in 2016), who could deliver with films as 'L.A. Confidential' (1997) and '8 Mile' (2002) in the past, was not able to see his vision for 'Chasing Mavericks' through in the season 2011/2012, so that fellow director Michael Apted needed to finish the picture in order to make the U.S.