One Piece: World Seeker is an upcoming action-adventure video game in development by Ganbarion and to be published by Bandai Namco. The game will feature Luffy and the Straw Hat Pirates and put player’s in the view of Luffy, the game will feature a massive seamless open world with Luffy using his various abilities to maneuver around and battle. Now One Piece: World Seeker has been delayed to 2019, details below.

The game was initially announced to be released in 2018 but is now pushed to 2019, as revealed by One Piece #90, which came out on 4th September. Check out the image below that shows the new release window

This is the first One Piece game to feature an open world and we’ll likely see more animes turned into massive open world games eventually. The game will feature music and the setting straight from the anime itself. Check out the trailer and gameplay below

And 9 minutes of gameplay here 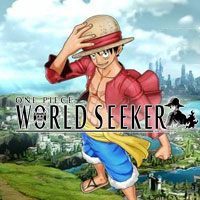 From the official page

We’re sad to see the game get delayed, but usually, delays can actually help games, since developers want to work more on perfecting the game for users. If you want to try out Battlefield V’s open beta, you can go ahead and pre-load and you can read all about it here, with links, file sizes, and the schedule as well.

What do you think of this delay? Let us know in the comments below.