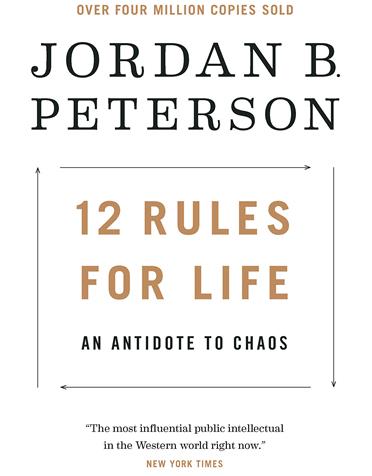 If you haven’t heard of Canadian Psychologist Dr. Jordan B. Peterson, you’ve been missing one hell of an influencer. Dr. Peterson is a professor at the University of Toronto and a critic of political correctness who became world-renowned after he famously refused to obey a Canadian statute that required compelled speech (the counter of free/protected speech). Peterson was further launched to fame when he participated in a debate with Channel 4 News correspondent Cathy Newman where he defended the right to free speech. Since then, he has been featured on many talk shows and podcasts, including The Joe Rogan Experience, VICE Magazine, Ben Shapiro, Dave Rubin, and Sam Harris. Don’t worry if you don’t know who they are; we’ll introduce you to them in another piece.

Dr. Peterson’s lectures prominently feature the Swiss psychiatrist Carl Jung and explore the benefit of personal responsibility and the relationship between keeping order in your life and how easily we can all descend into a chaotic spiral. He’s written two books: Maps of Meaning and 12 Rules for Life: An Antidote to Chaos. 12 Rules is an excellent read and should be on everyone’s reading list. He has a course you can purchase on his website called Self-Authoring Suite.

J.P. has been an antidote to chaos himself, standing as a kind of foil for political correctness gone wild, advocating personal responsibility as an essential component of growing into a true adult. His message has been well received, too, as the relatively unknown professor gained several million followers in only two years. He openly has struggled with depression and health issues, but the message he represents remains strong. Here are his 12 Rules for Life: