They've been lip synced perfectly and apparently even with the right accent for the infantry units depicted. This was powerful viewing. Computers and technology being used for something so important, to allow 100+ year old footage to look so modern and yet not feel sanitised is amazing.

Get iTunes on iOS, Android, Mac, and Windows

Employing state-of-the-art technology to transform audio and moving image archive footage more than a century old, Peter Jackson brings to life the people who can best tell the story of World War I: the men who were there. Driven by a personal interest in the conflict, Jackson sets out to explore the day-to-day experience of its combatants.

Employing state-of-the-art technology to transform audio and moving image archive footage more than a century old, Peter Jackson brings to life the people who can best tell the story of World War I: the men who were there. Driven by a personal interest in the conflict, Jackson sets out to explore the day-to-day experience of its combatants.

Critics Consensus:An impressive technical achievement with a walloping emotional impact, They Shall Not Grow Old pays brilliant cinematic tribute to the sacrifice of a generation. 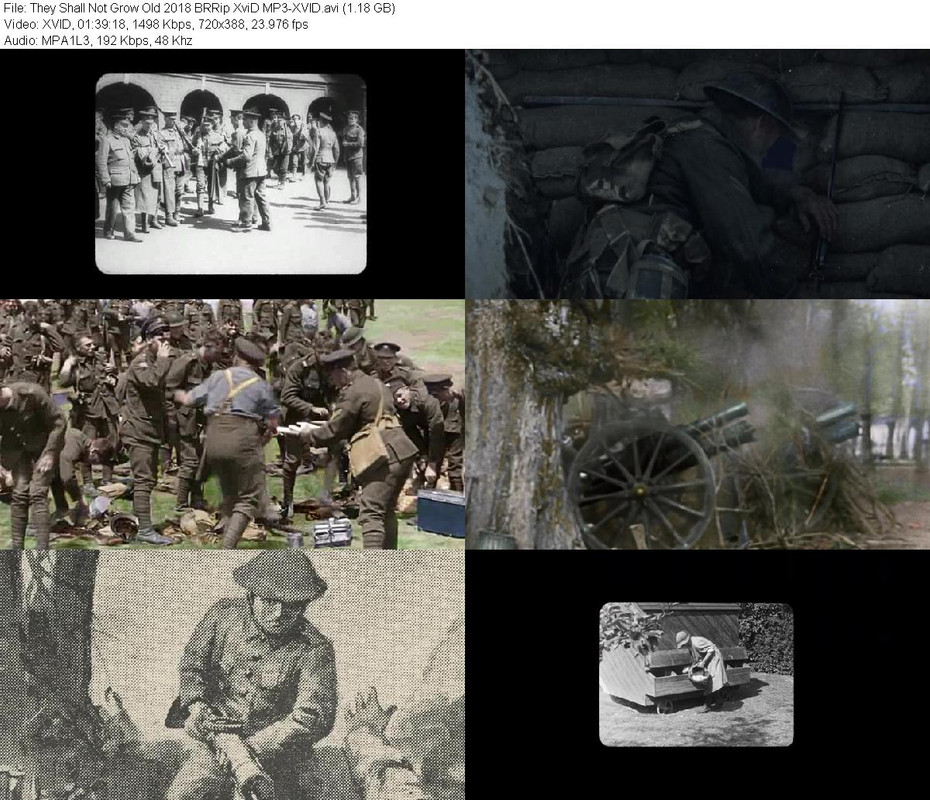 Peter Jackson, best known for directing The Lord of the Rings trilogy, has created a new film using original footage from Imperial War Museums’ extensive archive, much of it previously unseen, alongside BBC and IWM interviews with servicemen who fought in the conflict. Footage has been colourised, converted to 3D and transformed with modern production techniques to present never before seen detail.

They Shall Not Grow Old was given its Royal World Premiere at the BFI London Film Festival on 16 October, attended by Peter Jackson and the Duke of Cambridge. The simulcast included a special post screening Q&A with Jackson, hosted by film critic Mark Kermode. The film was simultaneously screened in 2D and 3D to cinemas, schools and special venues across the UK, as well as its TV broadcast premier on BBC Two on 11 November.

The First World War proved to be a landmark in cinema history – the first time that the horrors of war could be caught on camera. Many hours of dramatic footage were filmed on the battlefields, capturing the realities of the conflict in remarkable and unprecedented detail. This footage provided the public at home with astonishing access to the frontline: The Battle of the Somme, a documentary film produced with the cooperation of the War Office, was seen by an estimated 20 million Britons in its first six weeks of release.

Inspired by Peter Jackson’s film and to broaden engagement, the 14-18 NOW Learning Team has developed a number of exciting cross-curricular educational resources to engage pupils in the human experience of war and provide a unique perspective on the conflict which are aimed at 11- to 14-year-olds. Visit the Learning section of this website where you can find more information on the full range of 14-18 NOW educational materials.

They Shall Not Grow Old Free Online

Co-commissioned by 14-18 NOW and Imperial War Museums in association with the BBC. Produced by WingNut Films and Executive Produced by House Productions. Supported by the National Lottery through the Heritage Lottery Fund and the Department for Digital, Culture, Media and Sport.
Special thanks to Matthew & Sian Westerman with additional support from The Taylor Family Foundation, The Moondance Foundation, Welsh Government, Scottish Government, British Council, Tim & Sarah Bunting, Jacqueline & Richard Worswick and one anonymous donor.